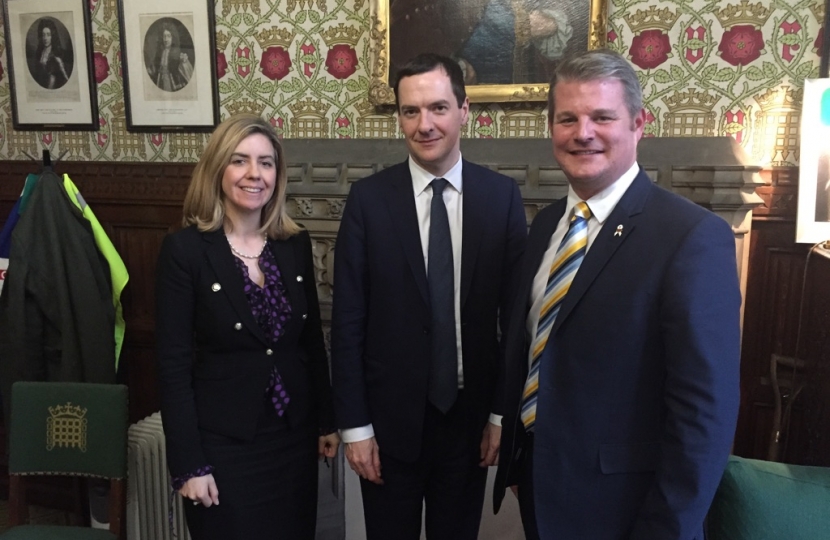 Stuart has met with fellow Leeds MPs, cross-party, and the Secretary of State for Environment, Food and Rural Affairs, to discuss flood defences in Leeds following the recent floods across Yorkshire. At the meeting, it was made clear that Leeds requires a comprehensive flood defence system, which takes account of residential and business property requirements. He has also met with the Chancellor of the Exchequer to discuss the proposed system, and is continuing to work alongside fellow MPs and the Council.

Speaking in a dedicated House of Commons debate on the recent floods, he highlighted the importance of ensuring Leeds has adequate flood defences, and praised the response from the Council, volunteers and businesses.

With Leeds City Council working alongside partners and volunteers to clean up the city, Stuart said:

“I pay tribute to all of the people at Leeds City Council, the volunteers, businesses and indeed Ministers, who took the time to contact us all, and to Leeds Community Foundation for setting up an appeal that I hope will be supported to help people in Leeds.”

Stuart has highlighted that:

Since the Council’s Site Allocations Plan consultation closed last year, Stuart has kept up the pressure to ensure that the Council avoid building on the greenbelt, using suitable land instead. He said:

“The Council needs to think about how the whole city works, not build on floodplains, and we need to listen to the experience of local people. The Ings Lane site, where 300 houses are proposed to be built, looked like a lake. In the Wills Gill area, where hundreds of houses are proposed, it was exactly the same picture. If we are going to build there, we need to be sure that we know where the water is going to go.”

“The Government have announced a £50m fund to support towns and cities in the aftermath of the storm, and I have been told that Leeds has already received some of this. I would like to assure my constituents that I will continue to support them in any way I can.

“I was pleased to join my fellow MPs from the city, cross-party, in asking for a meeting with the Secretary of State. I was grateful yesterday to hear her commitment that we will have defences and that she will meet us. We must make sure we get it right. We cannot afford for a major economic driver in Yorkshire to be at risk and for these poor people to go through such things again.”

Stuart spoke in the flooding debate yesterday, to press for a meeting between Leeds MPs and the Secretary of State, and to praise the response from both the Council and constituents.