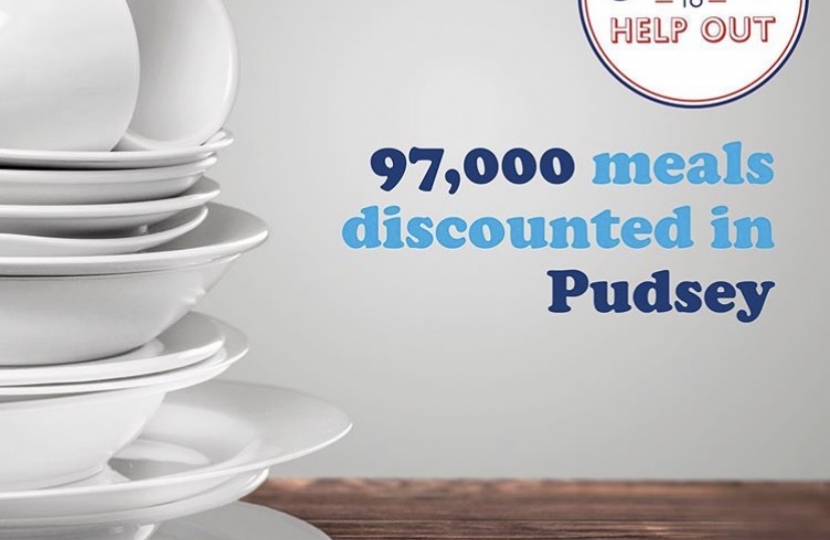 Stuart has welcomed the news that more than 97,000 meals were claimed in Pudsey under the Government’s Eat Out to Help Out scheme, according to the latest statistics.

In total, more than 100 million meals were claimed across the UK under the scheme, which ran throughout the month of August.  In total, 84,700 establishments signed up to the scheme, including 110 in Pudsey.

Both Stuart and Chancellor Rishi Sunak have hailed the success of the scheme, which was designed to support the hospitality industry after a challenging few months because of coronavirus. The scheme is credited with protecting 1.8 million jobs across the country, with restaurant bookings significantly up on the previous year. Data from OpenTable shows bookings increased by an average of 52 per cent on Mondays, Tuesdays and Wednesdays throughout the whole of August, compared to the same days in 2019.

Eat Out to Help Out was just one part of the Conservative Government’s Plan for Jobs – an ambitious £30 billion strategy to create, protect and support jobs as the country bounces back from coronavirus. The Government will continue to support the hospitality industry with a temporary discount to VAT, from 20 per cent to 5 per cent, until 12 January 2021.

Stuart said: “I am absolutely thrilled at the level of support local people in Pudsey have provided to our brilliant restaurants and hospitality businesses.

Eat Out to Help Out was always about far more than just giving people money off their meals – it was about protecting jobs which are reliant on businesses which have really struggled through COVID-19.

I have no doubt that there are businesses in Pudsey today which, without this brilliant scheme, may not have made it through the summer. I hope local people will continue to support them in the months ahead.”

Stuart's Letter to the Prime Minister

For those who would like to read Stuart's letter to the Prime Minister, the letter can be found below