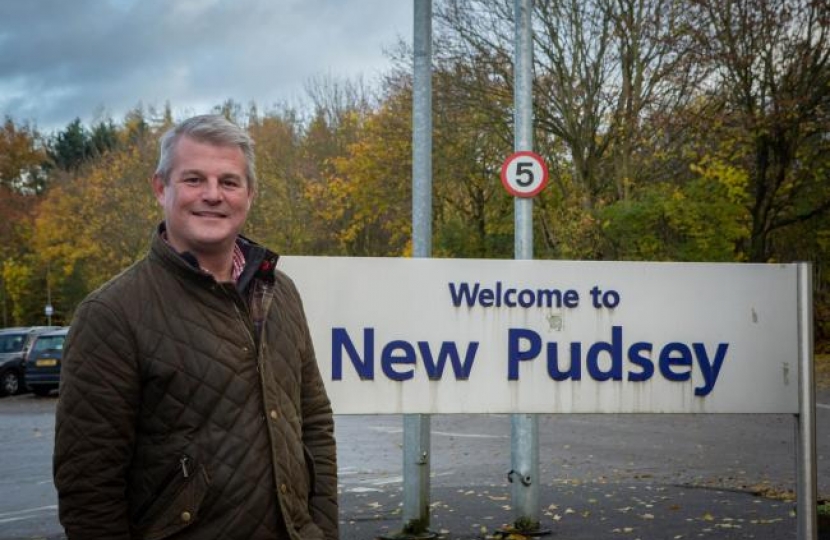 Stuart has today welcomed the creation of the Northern Transport Acceleration Council and continuing investment in the transport system relied on by many in Pudsey, Horsforth and Aireborough.

The Northern Transport Acceleration Council, chaired by the Minister for the Northern Powerhouse with support from the Minister for Regional Growth, will comprise of political leaders from all parts of the North, allowing them direct access to Ministers to make sure they prioritise and accelerate projects that will deliver change for communities and businesses. The Council’s primary focus will be driving forward the regional and local transport projects the North very much needs.

Alongside the creation of the Council, it has also been announced that the Department for Transport are providing £589m to progress development work on the first section of the Transpennine Route Upgrade (TRU). The plans will upgrade the railway between York, Leeds, Huddersfield and Manchester, improving journey times and reliability for passengers in the next five years. This first stage of the upgrade will include some electrification, as well doubling the key congested section of the route from two to four tracks. The initial funding will also deliver upgrades to the Castleford, Calder Valley and Healey Mills routes to provide diversionary paths to help passengers continue to travel during construction as well as providing enduring benefits along those routes.

The Department for Transport recognise that the North and its towns and cities need a modern and efficient railway to flourish, so todays funding for the Transpennine Route Upgrade is just one part of a wider transformation. To make sure a Northern rail network that works for passengers today and in the future id developed, the Government will publish the Integrated Rail Plan at the end of this year, specifically looking at how to deliver Northern Powerhouse Rail, HS2 and other rail needs as quickly and efficiently as possible for the North.

Stuart said: “Having campaigned hard during my time as a Member of Parliament for better transport infrastructure and funding in the North, I am delighted by this announcement and it is very much welcome news. I was very pleased to stand on a manifesto that put the North at the forefront of the agenda, as it has been long overdue, and I am encouraged by the steps being taken that show that the COVID-19 pandemic has not impacted this ambition and that we can indeed build back better as we recover from this virus."

Leeds moves to a COVID Alert Level of HIGH

Leeds is currently under a COVID Alert Level of HIGH.

I’d encourage all of my constituents to review the poster and the guidance below to understand fully what this means: